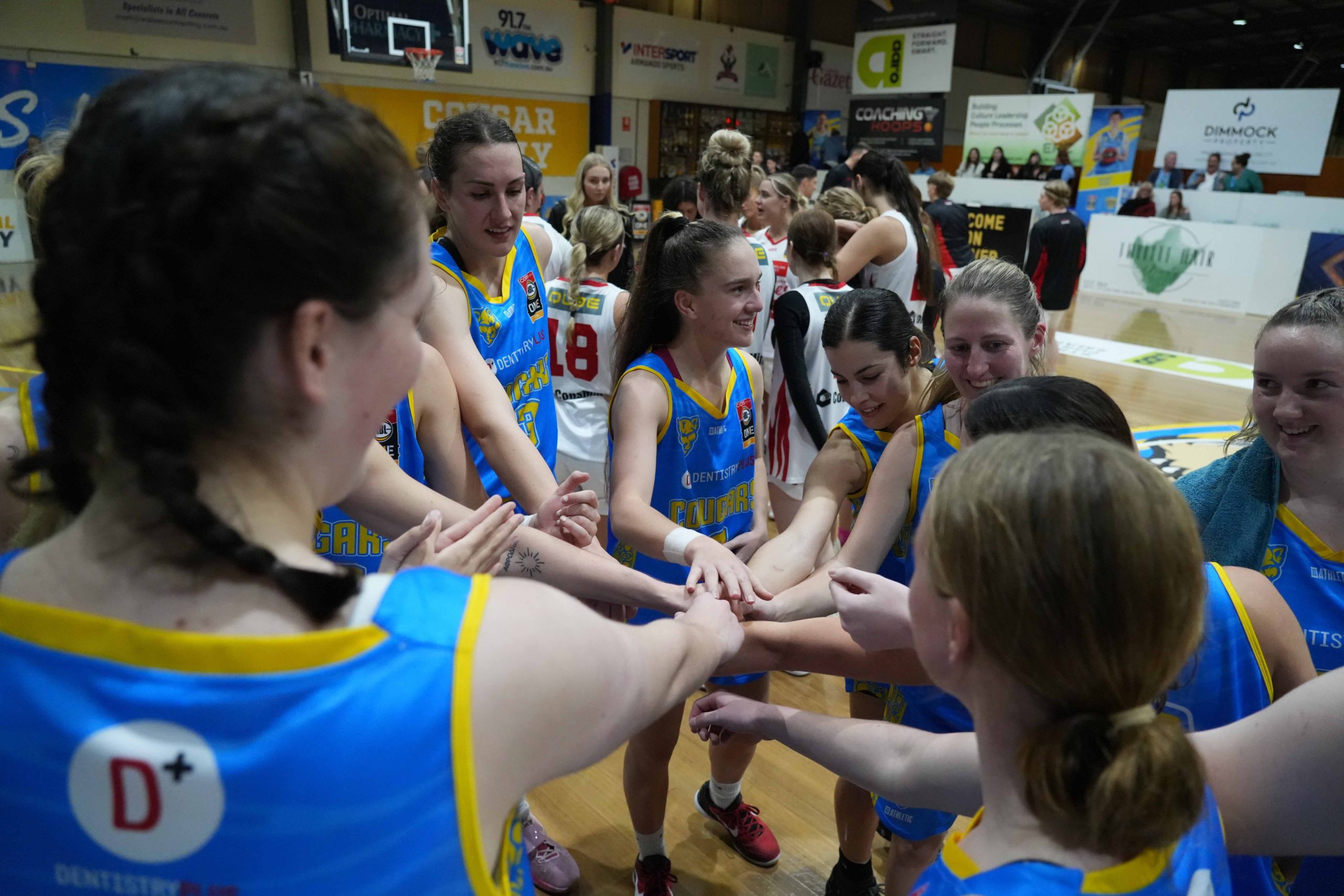 It’s fourth last round of the 2022 NBL1 West season and the Cockburn Cougars can’t afford to come away with anything but a pair of wins against the Kalamunda Eastern Suns on Saturday night.

Round 15 of the NBL1 West season will see the Cougars make the trip to Ray Owen Sports Centre for Women’s and Men’s match ups against the Kalamunda Eastern Suns.

The Cockburn Cougars Women come into Round 15 of the NBL1 West season holding a 9-6 record to sit in fifth position in the standings.

To be any chance of breaking into the top four between now and the rest of the season the Cougars can’t afford any more slip ups over the last months with the Mandurah Magic in fourth position with 11 wins.

The Cougars finish the season after Saturday night’s clash up the hill with home games against the South West Slammers and Willetton Tigers, and away clashes with the Warwick Senators and Goldfields Giants.

With the Tigers and Senators battling over top two positions and the Giants in playoff contention, it’s a tough run home for Cockburn heightening the significance of Saturday’s clash against Kalamunda.

The Cougars come into Saturday night’s game after splitting their double-header in Round 13 by losing a thriller by three points to the Lakeside Lightning on Friday and then beating the Rockingham Flames by 12 on Saturday evening.

Meanwhile, the Eastern Suns come into the clash with a 2-13 record on the season and having lost their past three in-a-row.

Saturday night presents the only time the two teams play one another in 2022 and will also mark a chance for former Eastern Suns players Jessie Edwards and Jewel Williams to play for the Cougars against their former team.

Edwards played the first 132 games of her career with the Eastern Suns dating back to 2010 when she made her debut at just 14 years of age.

She is now in her second season with the Cougars and has been tremendous in 2022 averaging 18.6 points and 12.6 rebounds a game as she prepares to make her WNBL return with the Perth Lynx.

Williams also played the first 88 games of her career at the Suns starting as a 16-year-old in 2017. This is her first season with the Cougars meaning Saturday night will be the first time playing for Cockburn against Kalamunda and doing so back on her old home court.

Williams has had a terrific first season as well with the Cougars as the point guard averaging 19.0 points, 6.6 assists and 4.2 rebounds a game.

More than anything, Saturday night is crucial for the Lady Cougars to win and keep their top four prospects alive ahead of the massive last three weeks of the 2022 regular season.

That leads into the Saturday night Men’s match up with the Cougars in a similar position needing a win to consolidate their playoff spot, and to keep any outside hopes of a top four finish still alive.

The Cougars are coming off splitting their Round 13 double-header last weekend with an eight-point victory against the Lightning before losing to the Flames by seven points at home in what was one of the standout games of the NBL1 West season.

Those results leave Cockburn with a 10-7 record on the season to sit in seventh position coming into Round 15 to be two games clear of the eighth placed Perth Redbacks, and two games back behind the fourth placed Warwick Senators.

That means that the Cougars are still not quite guaranteed of another playoff appearance with four rounds remaining while they are also not out of the running of a top four finish.

However, a host of Cougars players are in impressive form and just last weekend Gavin Field combined for 46 points, 10 rebounds and nine assists across the two games.