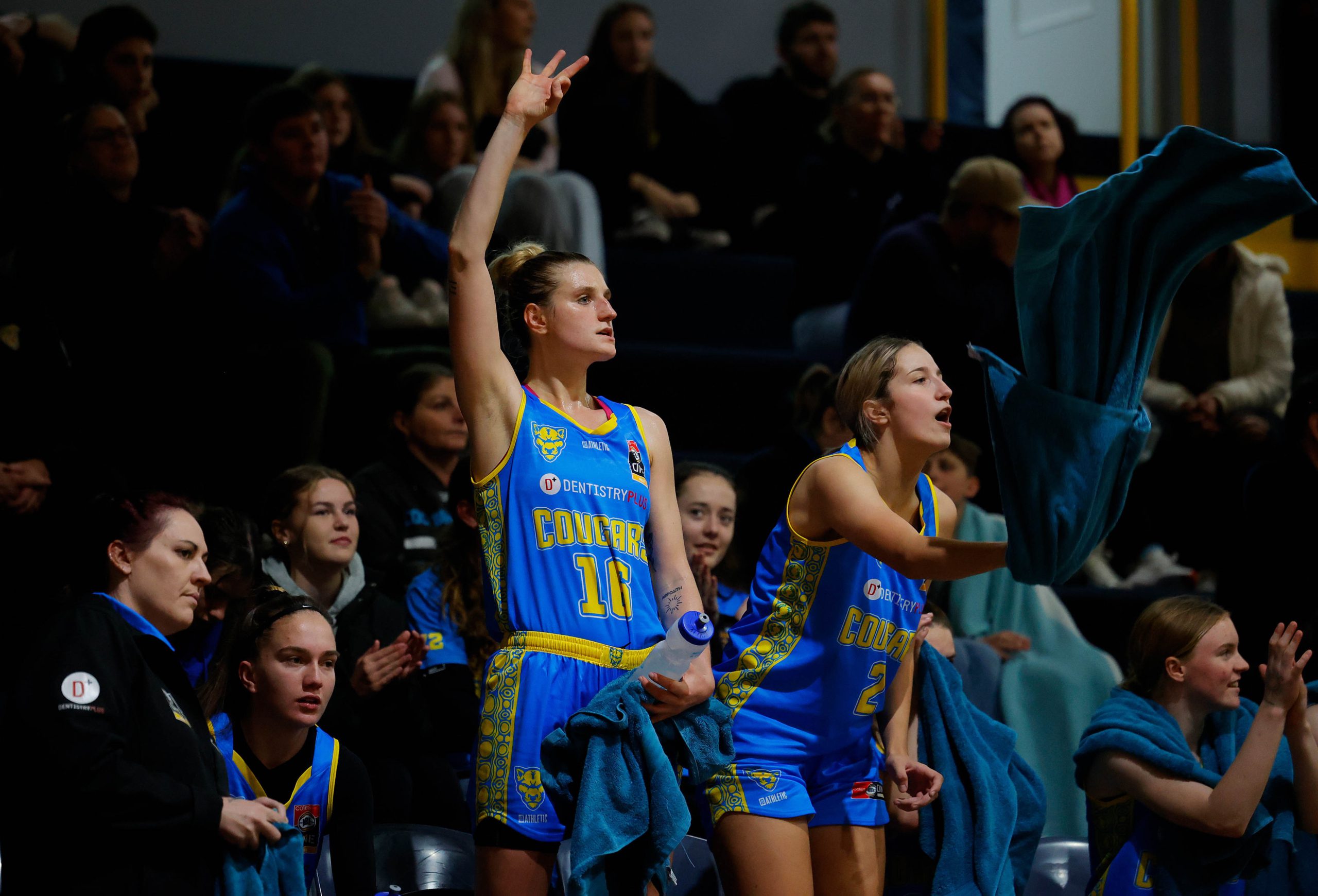 Both Cockburn Cougars gear up for their NBL1 West playoff campaigns with home games against the Willetton Tigers at Wally Hagan Stadium on Friday night.

It’s the last round of the regular season in the NBL1 West for 2022 and the Cougars return to Wally Hagan Stadium to continue the 50-year celebrations of the Cockburn Basketball Association to take on old rivals, Willetton.

The evening will get underway with the women’s contest at 6.30pm featuring two teams getting ready for the finals to commence next weekend.

The men’s battle will then see the Cougars attempt to go into the finals campaign in fourth position to earn the double chance and to do so on a five-game winning streak.

With both Cockburn teams fresh off beating the Goldfields Giants in Kalgoorlie last Saturday night after a rough bus trip, they will look to keep that momentum going on Friday night ahead of the NBL1 West Awards Night on Saturday and then the playoffs beginning next weekend.

Starting with Friday night’s women’s contest at Wally Hagan Stadium, it provides the Cougars to make a real statement ahead of the playoffs up against the defending champions.

The Cougars women come into the last round of the NBL1 West season in fifth position in the standings with a 12-7 record and that’s where they will finish no matter the result on Friday night.

That doesn’t mean motivation won’t be high to make a statement against a Willetton team coming off a loss last Saturday night to the Mandurah Magic which means they will drop to fourth spot should they loss to the Cougars and if the Magic beats the South West Slammers.

Cockburn and Willetton played way back on April 14 in Round 2 of the 2022 season with the Tigers beating the Cougars 84-80 in a tight affair at Willetton Basketball Stadium.

The Cougars come into the contest having won their past two matches and four of the last five to have locked away fifth position. That included an 89-85 win last Saturday in Kalgoorlie against the Giants where Tudor was on fire hitting 10/13 from three-point range on the way to 31 points.

That leads into Friday night’s men’s battle where the Cougars and Tigers renew a fascinating rivalry.

Even though Willetton might be missing the playoffs on a rare occurrence in recent times in 2022, the Tigers won’t be short on motivation to end their season on a high by upsetting the Cougars.

There’s a lot at stake for the Cougars, though, who need to win to make sure they finish in fourth position at the end of the regular season to earn a double chance in the playoffs.

The difference is significant with a fourth place finish meaning the Cougars will play the Geraldton Buccaneers next weekend in a qualifying final but a fifth place would mean a home elimination final and a cut-throat run right throughout the finals.

The Cougars enter the contest in some tremendous form on the back of four straight victories to hold a 14-7 record to suddenly sit in fourth position.

Cockburn is fresh off a hard earned 90-80 victory in Kalgoorlie against the Giants last Saturday night without Gavin Field. In his absence, Luke Phillips stepped up for 24 points and seven rebounds, and Josh Hunt 23 points while Seva Chan led the charge with 10 assists.

Now with fourth place and that playoff double chance on the line on Friday night, the Cougars will look to finish the regular season on a high at Wally Hagan Stadium and enter the playoffs on a five-game winning streak.