FORMER WILDCAT PUTS PEN TO PAPER WITH THE FAM 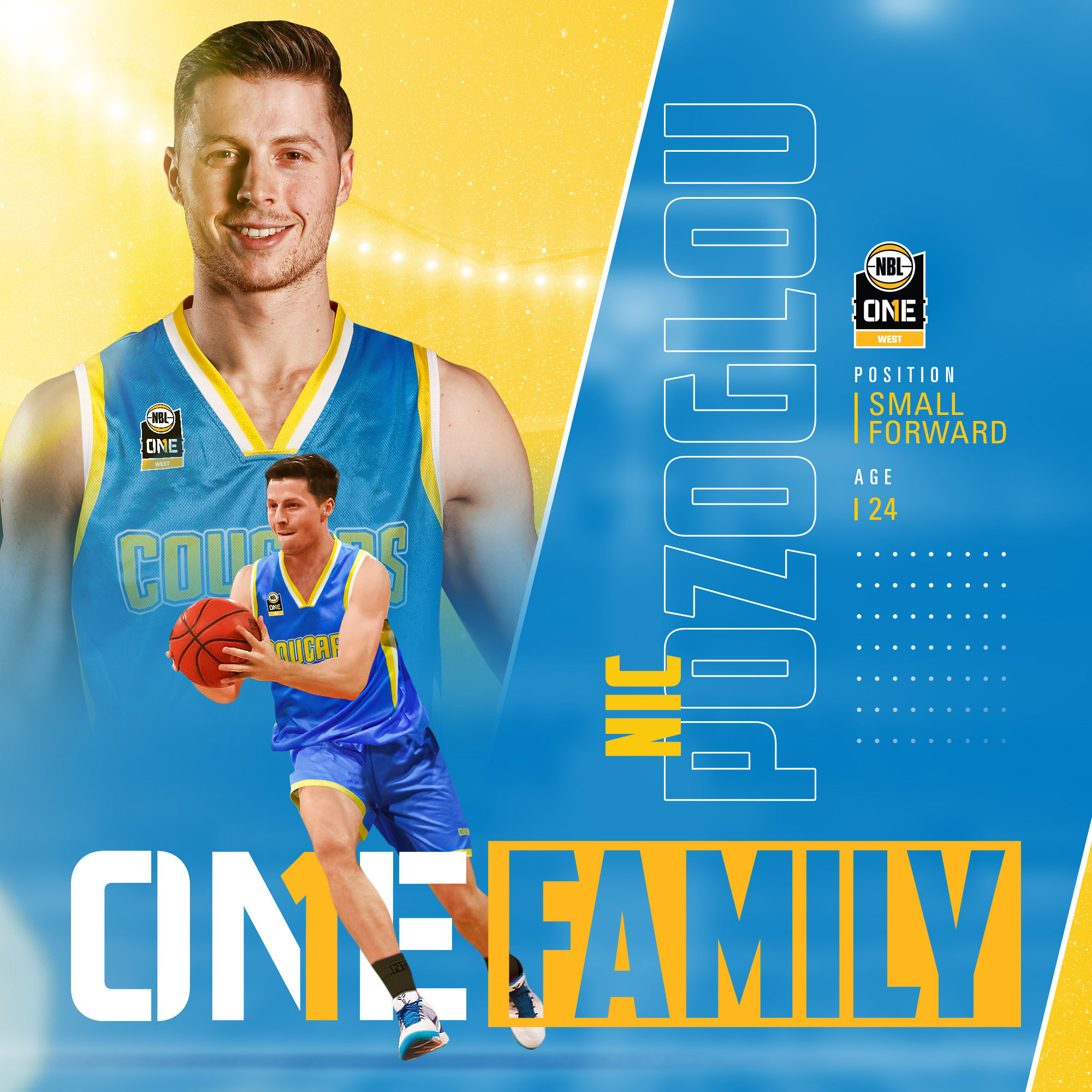 In a statement move, the Cockburn Basketball Association has signed former NBL athlete Nic Pozoglou for the 2021 season.

The athletic 6-foot-5 Pozoglou spent the 2017-19 with the Illawarra Hawks and the 2019-20 Championship winning season with the Perth Wildcats as a development player.

In between NBL seasons, he spent time with the Melbourne Tigers in the NBL1 South conference, averaging 19 points, 10 rebounds, 3 assists and 2 steals per game.

Cockburn Cougars men’s head coach Andrew Cooper said Pozoglou neatly fits in with the athletic, up-tempo game style they’ll be pushing in 2021, with his ability to rebound one of his stand out attributes.

Cooper spent time with Pozoglou while working together at the Perth Wildcats, so he knows exactly what he will bring to the line-up.

“Although he is only 24, he still has a heap of experience at the NBL level.

“He is an athlete who is explosive at getting to the rim, can finish with contact and is a career 35% shooter from three.

“Defensively he can block shots, get deflections and guard multiple positions – he is going to be an exciting addition to our squad and has the potential to dominate the league.”

After debuting a new-look young line-up in the 2020 West Coast Classic season, Pozoglou will be the second new face for 2021, after the signing of Perth Wildcats academy player Josh Hunt last week.

“The opportunity to come back was one I couldn’t turn down, especially with how safe WA has been over the past six months,” Pozoglou said.

“The location is outstanding, we have some great friendships in Perth and it will be great to re-connect with everyone.

“On top of that, Coops has made it clear we want to be playing playoff basketball and that will be the biggest on court focus.

“It’s a great environment the Cougar Family is building, I can’t wait to jump in and work with everyone.”

Pozoglou will arrive in early March from Victoria, with the inaugural NBL1 West season set to tip off from April 16.

Back to top
We use cookies to ensure that we give you the best experience on our website. We use essential cookies to enable certain features. Third parties set cookies for both essential and non-essential purposes including analytics (e.g., Google Analytics) and advertising. If you continue to use this site we will assume that you are happy with it.Ok