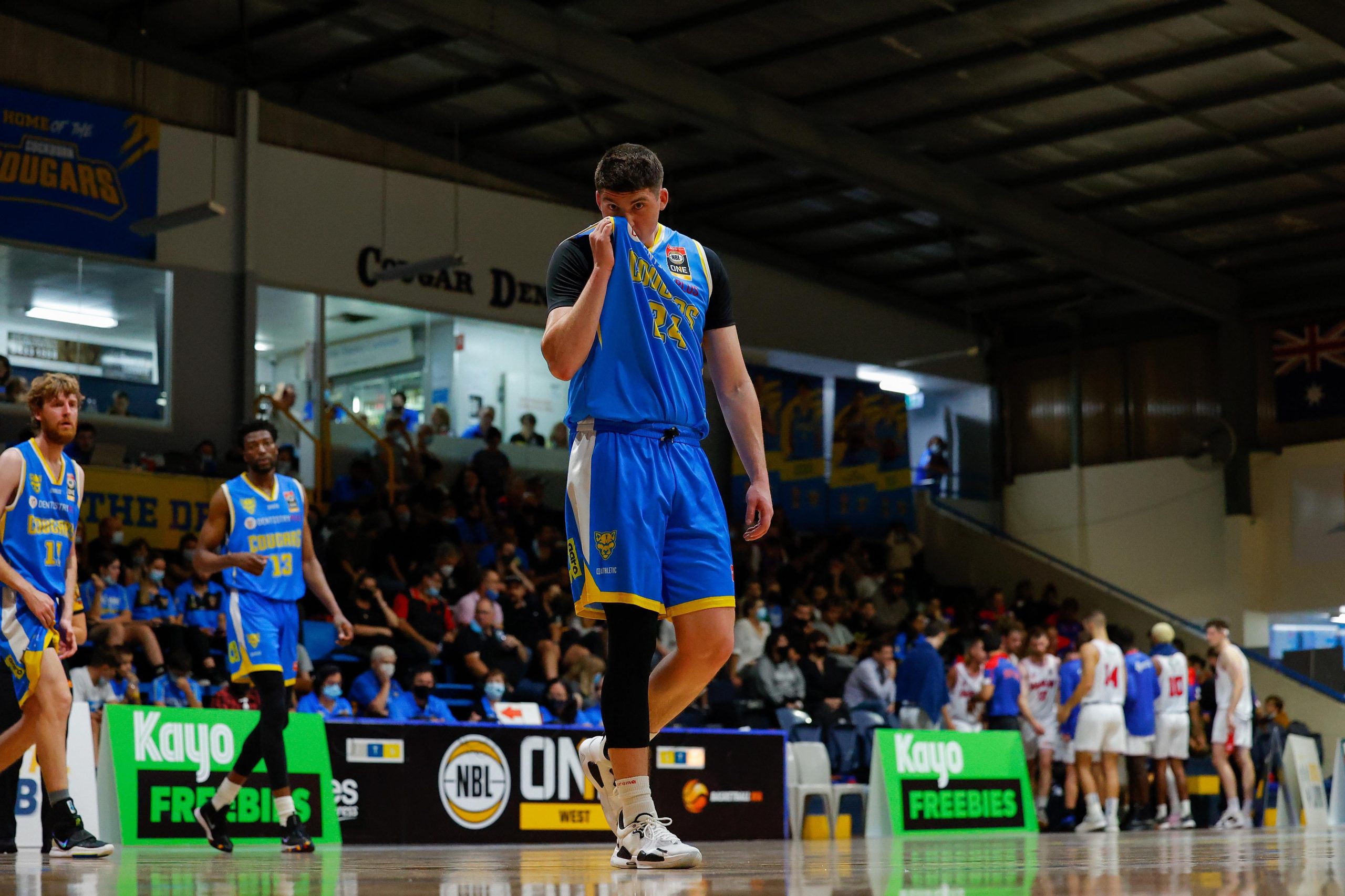 It was quite the impressive Saturday night for the Cockburn Cougars against the Perth Redbacks at Wally Hagan Stadium with both teams combining to win by 61 points.

Both Cougars teams returned to Wally Hagan Stadium on Saturday evening looking to bounce back from Round 7 defeats, and they couldn’t have possibly responded in more emphatic fashion.

It got underway with the Cougars Women scoring the 96-79 victory against the Redbacks to bounce back from last week’s loss to the Rockingham Flames to improve to a 6-2 record on the season.

Then the Cockburn Men delivered the best and most complete performance of the 2022 NBL1 West season to hit back from losing the last four matches to hammer the Redbacks 125-81 with Carter Skaggs draining nine threes to improve them to 5-4 on the season.

The NBL1 West competition takes a general bye over the WA Day long weekend before the Cougars return to action on Saturday July 11 away to the Joondalup Wolves.

The Women’s clash got things underway on Saturday at Wally Hagan Stadium and even though the Redbacks started well on the back of a win the previous night to score nine straight points and end up leading 25-21 by quarter-time, the Cougars took over the rest of the evening.

Cockburn turned it around in the second quarter with 29 points to 17 to go into the half-time break leading 50-42.

The Cougars lead grew to double-figures in the third quarter and then another run of 11 straight points in the fourth term saw that advantage grow to as much as 18 points.

Cockburn ended up winning 96-79 to improve to 6-2 on the season following eight rounds while the Redbacks are now 3-7.

However, Cockburn had 19 offensive boards to 13 and forced the Redbacks into 24 turnovers on the way to the 17-point victory.

Jessie Edwards was a powerful force once more for the Cougars finishing with 32 points and 16 rebounds on 13/21 shooting from the field.

Then in the Men’s clash, Cockburn opened up on fire with 37 points to 21 in the first quarter to set the tone for the rest of the evening.

The Cougars led by as much as 21 points in the second period on the way to being up 62-46 at the half.

It was more of the same in the second half as the Cougars ran all over the Redbacks. Cockburn put up 30 points to 19 in the third term, and then 33 points to 16 in the fourth to lead by as much as 44 which was the final margin in the eventual 125-81 victory.

The result improves the Cougars to a 5-4 record on the season following eight rounds while the Redbacks are now 5-5 after the massive contrast of beating East Perth by 28 points on Friday and losing to Cockburn by 44 on Saturday.

It was a stunning dominant night from Cockburn as they shot 57.5 per cent from the field and hit 17/34 at 50 per cent from beyond the arc to go with collecting 55 rebounds to 30 from the Redbacks who shot just 38.8 per cent and made just 5/20 of threes.

Carter Skaggs had the best night of his short NBL1 West career for the Cougars nailing 9/13 from the land of plenty on his way to 35 points and eight rebounds.