THE HUNT BEGINS FOR THE COUGAR FAMILY 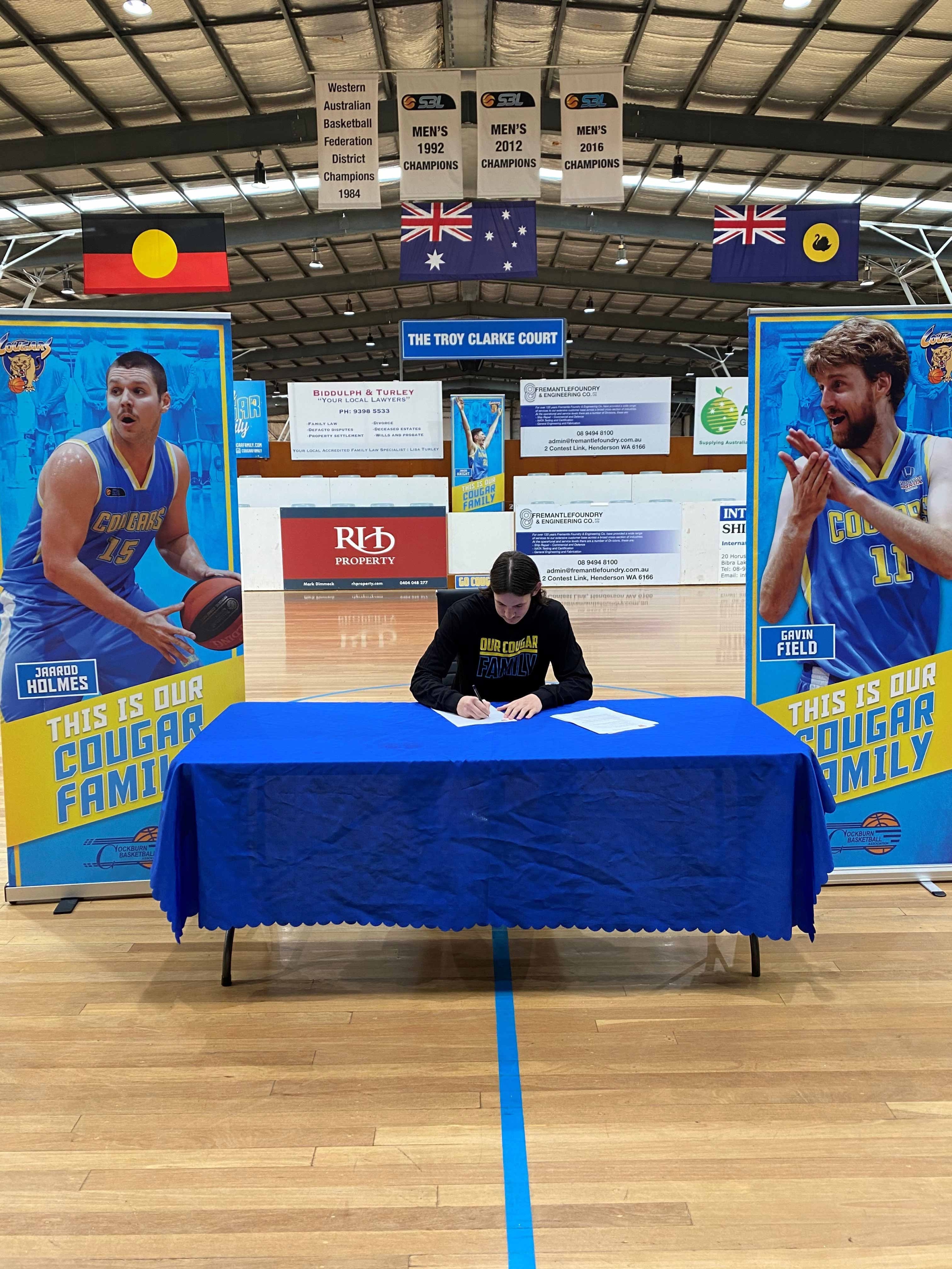 The 18-year old was a sensation in the 2020 West Coast Classic, averaging 13 points and 4 rebounds for the Mandurah Magic across 13 games.

In 2019 Hunt averaged nearly 21 points per game for WA at the Under-18 National Championships, and following that, was selected in a squad of 21 from which the Australian Under-17 Oceania Championships team would be picked.

Hunt is also a current member of the Perth Wildcats academy and trains with the main group.

“He understands me, knows my strengths and weaknesses, and how to get the best out of me.

“I’m hungry to get better, love the exciting young group the Cougars have been developing, and can’t wait to bring my best every time I step on the court for the Cougar Family.”

Cockburn’s NBL1 men’s head coach Andrew Cooper said Hunt has been on his radar for a while, after building a strong relationship through the WA State Program .

“Josh has worked really hard on his game and is now recognised as a high level national talent in his age group,” he said.

“He is an elite athlete who plays above the rim at both ends, and defensively he can attack passing lanes with his length and agility.

“We are looking forward to an exciting young prospect joining the program, and we can’t wait to see what he produces as a Cougar for many years to come.”

“Josh understands the men’s program is young and energetic, so he fits in very comfortably,” he said.

“He also knows it’s a competitive environment, so he will need to compete like crazy, just like anyone else.

“He was excited by our approach and is committed to hard-work, so he signed for the next two seasons.

“There is a big Cougar future ahead for him in this group.”