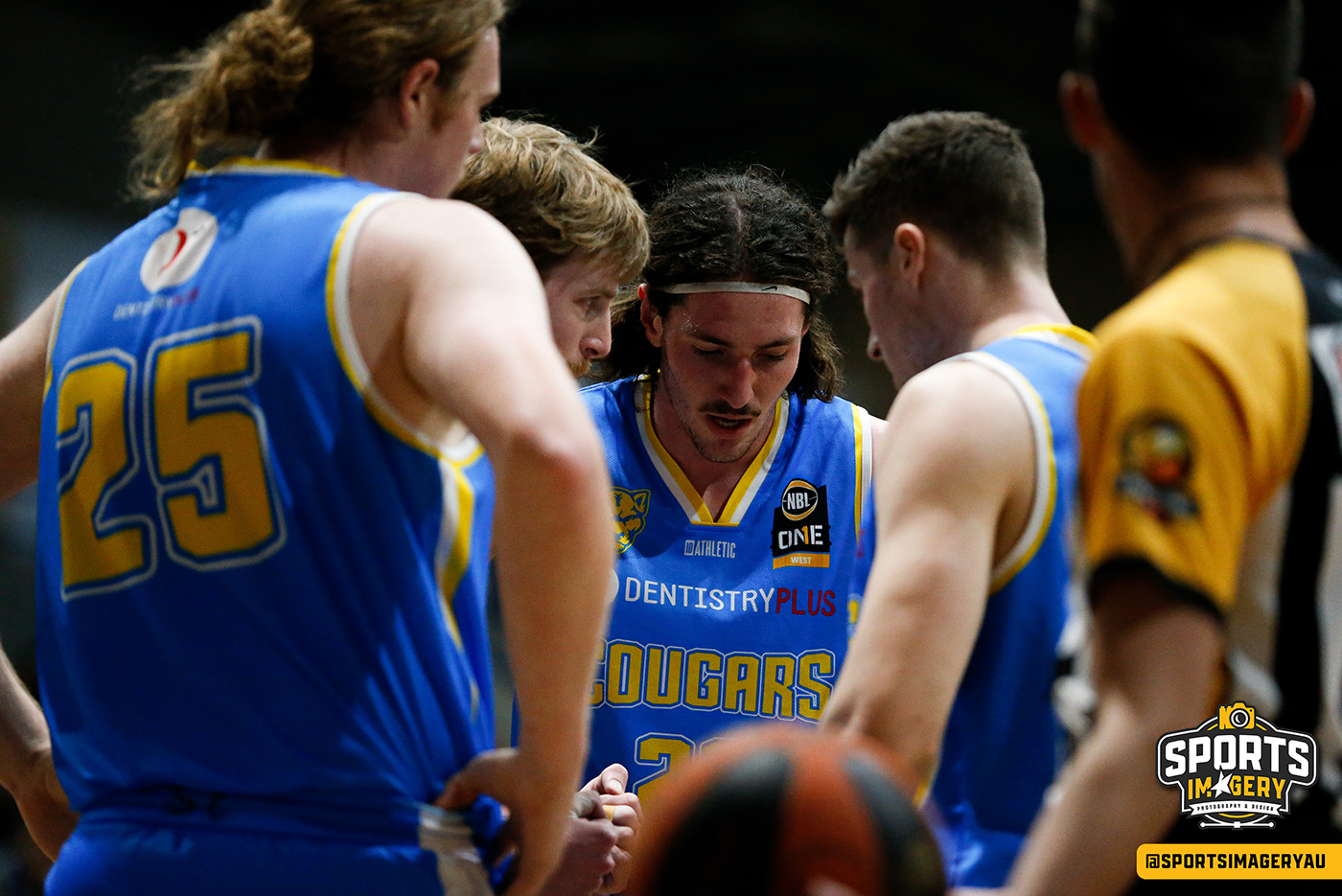 The Dentistry Plus Cockburn Cougars Ladies fell to the Lakeside Lightning 83-45 in a tough night.

Jessie Edwards was solid for the Cougars finishing with 11 points and seven rebounds.

Ash Isenbarger had a good night for Lakeside putting up 19 points and 10 rebounds. The Lightning had a more even spread of scorers with four players In double digits.

The Cougars had a disappointing shooting game and will look to bounce back next week against the Joondalup Wolves.

The Dentistry Plus Cockburn Cougars Men lost a tough contest against the league leading Lakeside Lightning 85-67.

The Game was Jake Harris’ 100th match for the club and saw Ben Henshall and Riley Eves make their debut’s for the team.

They both impressed with Henshall finishing with 10 points and Eves putting eight points.

Josh Hunt played well for the Cougars with 13 points, and Nic Pozoglou put up 11 points, six boards and seven assists.

Rowan Mackenzie had 26 points and Julius Bowie had 22 points for the Lightning.

Gavin Field and Ben Henshall each finished with 16 points leading the way for the Cougars.

Zach Watkinson was sharp from three finishing with 14 points and Nic Pozoglou had 12 points and 12 boards while keeping Mathiang Muo to 8 points.

Taine Wattie was solid for the Buccaneers with 22 points for the night.

A three to Seva Chan got the Cougars off to the right start setting them up for the match.

Zach Watkinson came in and knocked down two three’s to put the Cougars up 14-4 as they were assertive on offense.

The Cougars were on fire in the first quarter hitting six threes to take a lead 28-16 at quarter time.

The Cougars defense was excellent stifling the Buccaneers offense

The three to Jacob Polgase put the cougars up by over twenty as they were in total control of the game.

Watkinson hit his third triple of the night spelling trouble for the Buccaneers as the Cougars offense was clicking.

Nic Pozoglou’s defensive job on Mathiang Muo was instrumental in the Cougars strong defense, but the team defense was also strong.

Zach Watkinson hit a nice corner three just before the half take his tally to 12 as the Cougars took the lead 52-26 into half-time.

Some nice dribble penetration from Gavin Field put the Cougars out to unassailable lead. Ben Henshall came in looking aggressive scoring of the dribble as he finished the night with 14 points.

The Cougars defense was in sync as they restricted the Buccaneers to eight points in the third.

Ben Henshall was terrific in his first home game debut weekend finishing with 16 points against the Buccaneers, 14 coming in the third.

Young star Riley Eves had some nice post-seals in the last quarter to finish with six points for the night.

Young gun Nathan Pond showed his strength putting in some good finishes as he finished with 12 rebounds and five rebounds.

The Cougars had a terrific night taking home the win 101-58.