The Field Family – 50 Years of the Cougar Family

Life. That is the word that comes to mind when Gavin and Garry Field think of their relationship with the Cockburn Basketball Association, and the connection it’s also had through three generations of their family.

The Field family is synonymous with the history of the Cougar Family and it all started with Garry’s father, and Gavin and Lauren’s grandfather who was instrumental in the establishment of the association.

He would go on to earn life membership as would his son Garry through his long association as a player, coach and a jack of all trades while the work alongside him of his wife Darlene earned her life membership as well, and her famous meals soon made Wally Hagan Stadium a famous venue for visiting teams.

Then there are Garry and Darlene’s two children with Gavin having gone on to put together a career continuing to this day that has him in the discussion as Cockburn’s greatest ever player while Lauren has carved out her own niche and still plays down at Wally Hagan Stadium to the current day too.

It’s quite the family history and when you ask Garry what the Cockburn Basketball Association means to him and his family, what immediately springs to mind is that it is their life.

“It’s been our life, it really has. Going right back to 1972 or 73 was when my dad started down at the club. He was the one who started the junior competition at the association so it’s all just followed on from there,” Garry said.

“There was running the juniors through to me playing to Gavin playing and my wife joining. I actually coached my wife in 1974 and I married her 10 years later so you cop that a bit where you meet people there and end up marrying them at the club.

“Overall it has just been our life but without dad starting it from a long time ago, things could have been very different. I was actually associated with Perth and played there up until Cockburn started so that sure could have been different than what we are talking about now.” 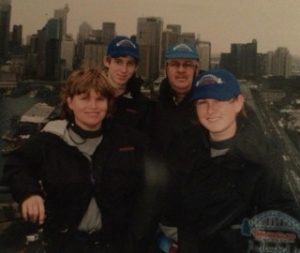 The Gavin Field story at Cockburn is remarkable. He still remembers starting his mini-ball days as a two-year-old Wally Hagan Stadium. He was then famously there for the 1992 championship to sit on his dad’s lap after the win who was an assistant coach.

And now he’s gone on to have one of the all-time great careers. He is a championship winner, a life member, six-time club MVP and is showing no signs of slowing down in 2022 as he continues his 280-game career.

When Gavin thinks about what Cockburn means to him, life is the thing that immediately springs to mind.

“It’s just life, it’s where my life has been linked to. My first job was reffing at Cockburn, my first friends were the ones I made at Cockburn,” Gavin said.

“Two of my three groomsmen were because I played with them at Cockburn, and my best man was my best mate through high school. Everything else is all about my life revolving around Cockburn.

“It was my second home from when I was 16, 17 and 18 and starting to play SBL for the first time. I was there every single day or night either coaching, training, reffing, playing or whatever. I can just sum it up simply by saying that Cockburn has been my life for the last 32 years.”

When Garry Field looks back on his own playing and coaching career with the Cougars, it’s more so the people he built lifelong relationships with that standout to him.

“It’s the friends you make over the journey that is the first thing that stands out, but then you have things like winning the first flag for the association and even being there when we got into the district comp was a big moment,” he said.

“It was hard to do at the time and for the club to enter eight teams into the competition at once was a pretty hard thing to do, but we did it. My playing career was a little bit short because of injuries and that, but the first year was great when we were in.

“It was a new club, new people and everyone was on a high. We just formed and bonded as friends and all that, and it went on from there.” 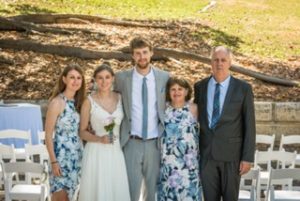 There’s no relationship that will ever come close to meaning as much to Garry as his marriage to Darlene. In fact they met when he started coaching her at Cockburn and they have spent a lifetime together at the club since, involved in every way imaginable.

To have been so involved as a couple and then see their children get so involved on the playing side is something that Garry will always cherish being able to share that with his wife.

“It has been great sharing it together. Along with doing the sponsorship and cooking for the players, we actually did stats for the club together for about seven years back in the old days so everything has been together for us all the time, and both our kids Gavin and Lauren have been there with us,” Garry said.

“Lauren might get forgotten about a little next to Gavin, but she has done a lot of great things too. She was part of the first girls’ team from Cockburn to play in the national under-14s club championships in Launceston back in 2001.

“That was a big achievement and it was great that she was part of it. It was quite an eventful time too because two weeks before we were due to leave Ansett went bust and we lost all our money and flight tickets.

“So we had to catch a train, get on a boat and then get on a bus just to get to Launceston for the tournament. But Lauren did all her juniors down at the club, she played for a long time and even still plays now. It’s been good as a family to do everything that we have together with the club.”

Garry might not want to say anything to blow up son Gavin’s head any more than it needs to be, but he obviously couldn’t be prouder of the legendary basketball player he has turned into, and continues to be as the Cougars captain.

“As a dad, you have to be proud. He’s always had his thoughts on what he wanted to do and he wanted to go over to play college basketball, and he got the chance to do that,” Garry said.

“He then wanted to play professionally and he got to spend a year with the Wildcats so he’s got to live out all his dreams.

“But as a dad, you see your kid grow up from being a little skinny thing starting to play as a four or five-year-old to go through the ranks, and outclass everyone along the way has been good to see.

“You don’t tell him that of course, but he knows himself how we feel about the career he’s been able to have.” 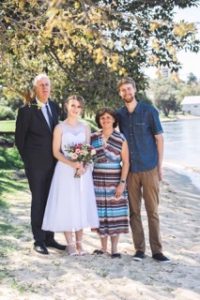 Gavin still has early memories of hitting the Wally Hagan Stadium floor for the first time as a two and three-year-old, and is proud that the Cougars are such a big part of his, and his family’s, life.

“I’ve been at the club my whole life from just after I was born. Even before I was born, dad was playing and coaching, and my pop was one of the people that helped to set up Cockburn as we see it as today,” Gavin said.

“I’ve been there my whole life and the first memories I can think of is playing mini-ball when I was two or three, and I do remember flashes of the 1992 Grand Final and that year.

“That’s how my sister met my brother-in-law so it’s just how our family history has been intertwined with Cockburn over the past 50 years.”

Gavin also has plenty of fond memories from his early days of interactions with some of the other all-time greats of the Cougars but it’s the famous recreated photo of him sitting on his assistant coach father’s lap after the 1992 triumph that they also did after the 2012 title that he played in that’s a lasting memory.

“I played with a lot of the greats of the club like Troy Clarke and I even played with Mike Forsyth even though it wasn’t in the SBL,” Gavin said.

“He is one of the people I most looked up to because of how much of a hardnosed player he was. Then as soon as you start playing, you want to win a title and to be part of a first championship in 20 years was pretty special in 2012.

“Then a lot of people talk about that photo of me on my dad’s lap in 1992 and recreating that. I never thought about that when we won until we were walking into the changerooms.

“I pretty much had to drag my dad down from the stands to do it, but he was game for it in the end and it’s made for a pretty good memory and piece of history for our family and the club. Those things will last forever and I know a lot of people at the club recognise those photos and have a little giggle about what we did.”

It’s impossible to imagine Gavin playing his basketball anywhere but with the Cougars. That doesn’t mean rival clubs both intra and interstate haven’t made plenty of enquiries over the years, but the lifelong connection he has with Cockburn meant it never really was a possibility.

“What’s kept me there isn’t necessary the family connection, but it’s the people I’ve interacted with since the very start and the relationships that you develop throughout the years,” Gavin said.

“I go back to when I was little and there was a video of a guy named Rod Baker picking me up so I could dunk it on the eight-foot mini-ball rings. Then last year I took my two-year-old daughter to his us because he puts on a great Christmas lights display and he’s someone who it’s always great to reconnect with.

“There are a lot of people like that. Then there’s been my great mates I’ve played with for a long time like Stevie Van Lit who was a groomsman at my wedding. So basically just because Cockburn is me and I am Cockburn, I could never see myself wearing any other colours but our blue and gold.” 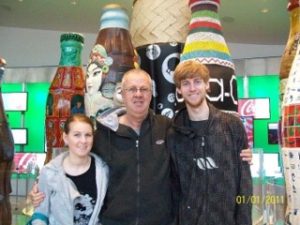 To sum things up, Garry Field might be humble and might want to play down the significance of what the Field family have meant to Cockburn starting from his father to himself to his wife Darlene and their children Gavin and Lauren, but they are everything to the Cougars.

After all, not only have three generation of the Fields been involved heavily at the Cougars, but three generations are life members starting from Gavin and Lauren’s grandfather, and continuing with that they have accomplished and you wouldn’t rule out a fourth generation soon being involved too.

“I’m proud that we’ve been part of it, but we’re only one small little cog in it. We’re not everything and we’ve seen it grow from it being on the bitumen courts outside through to moving down to McFarlane Pavilions and then seeing the stadium get built, and just grow and grow,” Garry said.

“Now it’s gone to a new dimension especially after the bar got put in there and now Tyrone is there doing the job that he’s doing.

“He’s done a fantastic job getting the club up and going, so you are proud to be associated with a club that is going so well and has such a history. It is proud to see what’s happened, but we’re only a small cog in the wheels of the history of the place.”