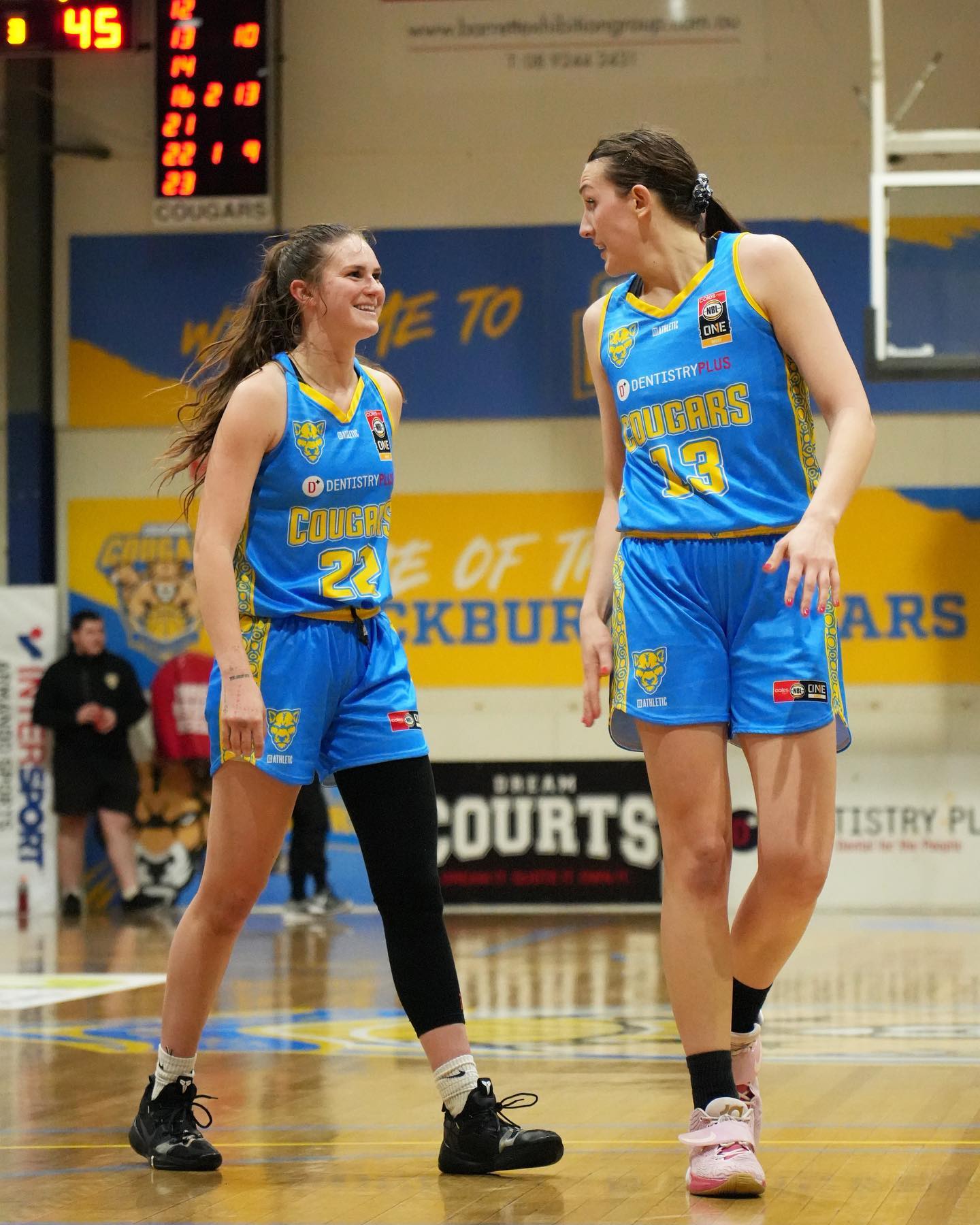 Playing a first home final for five years, the Cockburn Cougars women took care of business at Wally Hagan Stadium on Saturday to set up a crack at reaching a first ever NBL1 West Grand Final this coming week.

The Cougars women finished the regular season in fifth position with a 13-7 record to just miss a top four spot but to earn the right to host the elimination final on Saturday night against a Perry Lakes Hawks team who finished eighth at 9-11 in Craig Mansfield’s first season as coach.

The Cougars made a good start on their home floor attempting to keep their season alive and they went on to lead by as much 12 points in the first term, and to lead 29-18 by quarter-time with Perry Lakes without their star forward Sara Loomis.

Perry Lakes wasn’t going away, though, and the visitors were able to hold Cockburn to just six points the entire second quarter. The Hawks scored 13 themselves and by half-time the Cougars’ lead was cut back to 35-31.

While Cockburn was able to push back out to a 10-point lead in the third term, Perry Lakes stayed close and going into three quarter-time it was just the Cougars clinging to a 56-51 advantage.

However, Cockburn had the better of the fourth quarter starting it out with a quick run of five points to go back up double-digits again and then to end up winning 75-65.

That means that the Cougars will now take on the Willetton Tigers on Thursday night in a semi-final while the season is over for the Hawks.

Cockburn dominated the glass with 61 rebounds to 42 for the night while also getting to the free-throw line for 21 attempts opposed to 13.

Jessie Edwards proved the major difference between the two teams with the Perth Lynx WNBL centre delivering 23 points, 24 rebounds and three assists in the win for the Cougars.

Cougars coach Tyrone Thwaites was happy with his team’s performance and to have been made to earn it by Perry Lakes.

“To be fair we knew that they didn’t have Sara Loomis for the game on Saturday night and they basically had a free hit against us,” Thwaites said.

“That was part of what we needed as well, we didn’t need an easy game to start the finals off. We needed a game that was going to make us better and we believe last Saturday night was a grind and it’s made us better.

“Generally when you have big wins it’s a lot harder to self-reflect and get better but when you have a tough one you generally you look at it a lot more closely. We definitely have review it pretty hard and are ready now for Willetton on Thursday night.”

To play well at Wally Hagan Stadium in front of a vocal home crowd was something that Thwaites was glad his team was able to deliver and experience as well.

“It was fun playing on our home court. It’s our first home final in the women’s program since 2017 so to have that and have a virtually sold out crowd, and to have the commentators mention it was a bit Perth Arena like with the chants from the crowd pre-game was really good to hear we were able to do it,” Thwaites said.

“As a minimum this year we wanted to earn ourselves a home final and we were able to do that. Now we just have to do the same thing on the road.”