Cougars wrap up season with wins over Tigers 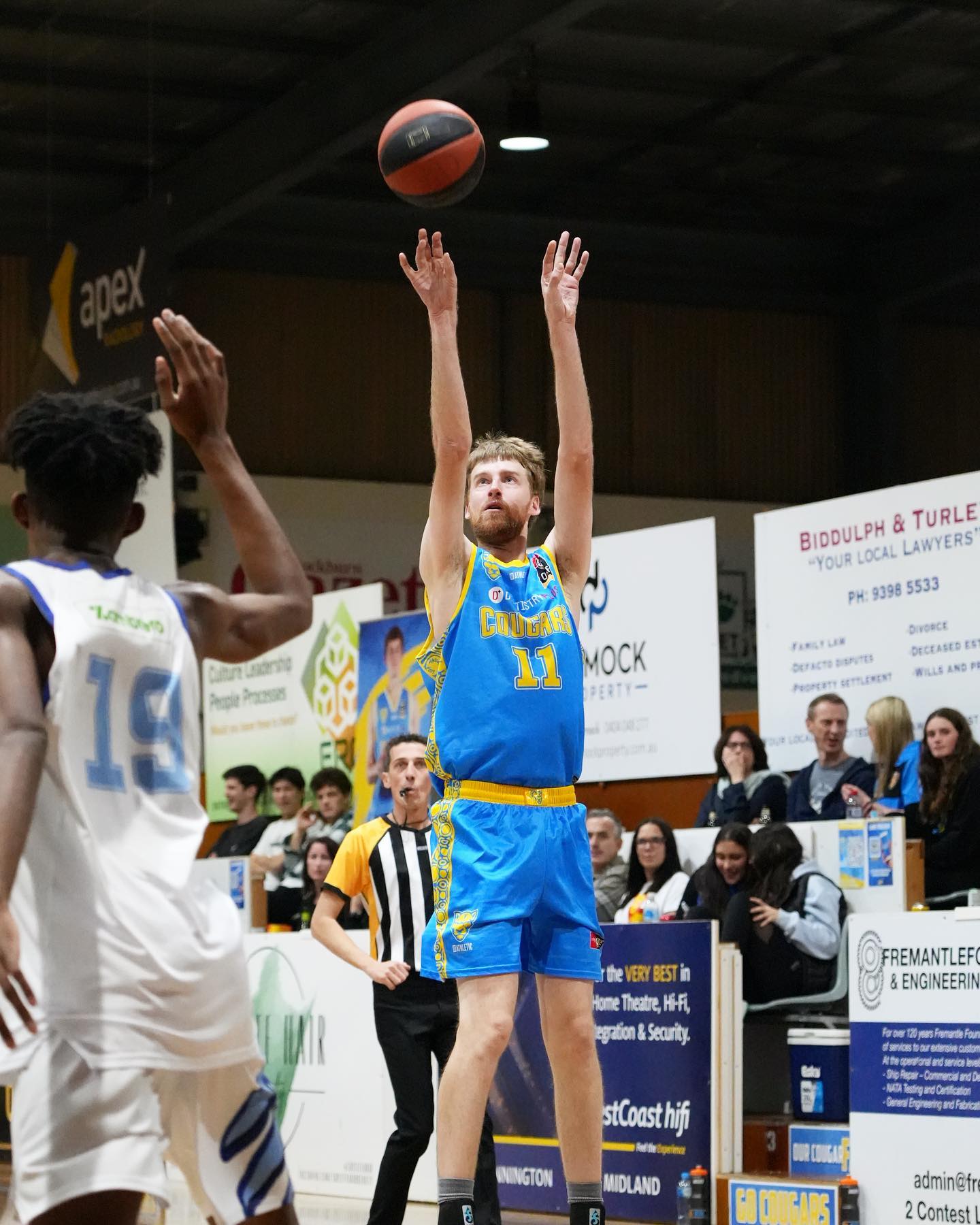 Both Cockburn Cougars teams geared up for the NBL1 West finals with strong last round regular season victories against the Willetton Tigers at Wally Hagan Stadium on Friday night.

It was a big night set for Wally Hagan Stadium on Friday in Round 18 of the NBL1 West season with plenty on the line for both Cougars teams heading into the finals.

While both the Cockburn women’s and men’s teams were already guaranteed of taking part in the finals coming into the final round match ups, there was still plenty to play for against the Willetton Tigers.

In the end, the Cougars women produced an outstanding performance against the defending champion Tigers to win 91-81 and finish the regular season in fifth position in the standings with a 13-7 record.

By winning 13 of the 20 games this season, it’s the best winning percentage for the Cougars women since 2008.

The Cockburn women will now turn their attention to an elimination final match up with the Perry Lakes Hawks at Wally Hagan Stadium on Saturday.

The Cockburn men then took on Willetton to wrap up the evening and it was the Cougars who proved too strong for the out of finals contention Tigers with the 88-72 victory.

That result means the Cougars men finish the regular season with a 15-7 in fourth position to have earned a finals double chance.

By reaching the top four and winning 15 of the 22 matches, the 2022 regular season result is the best for the Cougars since winning the championship in 2016.

The Cougars men will now head to Geraldton to face the regular season champion Geraldton Buccaneers in a qualifying final this coming Saturday night. A win and Cockburn is straight through to a home preliminary final or a loss and it’s a home semi-final.

Back to Friday night, the Cockburn women played host to the reigning champion Willetton providing a real chance to make a statement heading into the finals.

The Tigers needed to win too to wrap up third position and while the Cougars were locked into fifth spot no matter the result, there was still no shortage of motivation to close the regular season in imposing form.

Cockburn got off to a good start going on an early 12-0 run to lead by seven points, and then to still be on top of the Tigers by three at quarter-time.

It remained a tight battle in the second quarter with the Cougars able to narrowly extend their lead to 39-33 by the half-time break.

Willetton then took charge in impressive fashion in the third quarter to take over the contest and end up scoring 31 points to 22 to end up leading by as much as nine, and to be on top 64-61 by three quarter-time.

The Cougars then stepped up with a dynamic fourth quarter nailing seven three-pointers on the way to piling on 30 points and overrunning Willetton for the 91-81 victory.

Jessie Edwards capped off her outstanding regular season for the Cougars with another 23 points, seven rebounds and three blocked shots on 7/12 shooting while getting to the foul line 17 times.