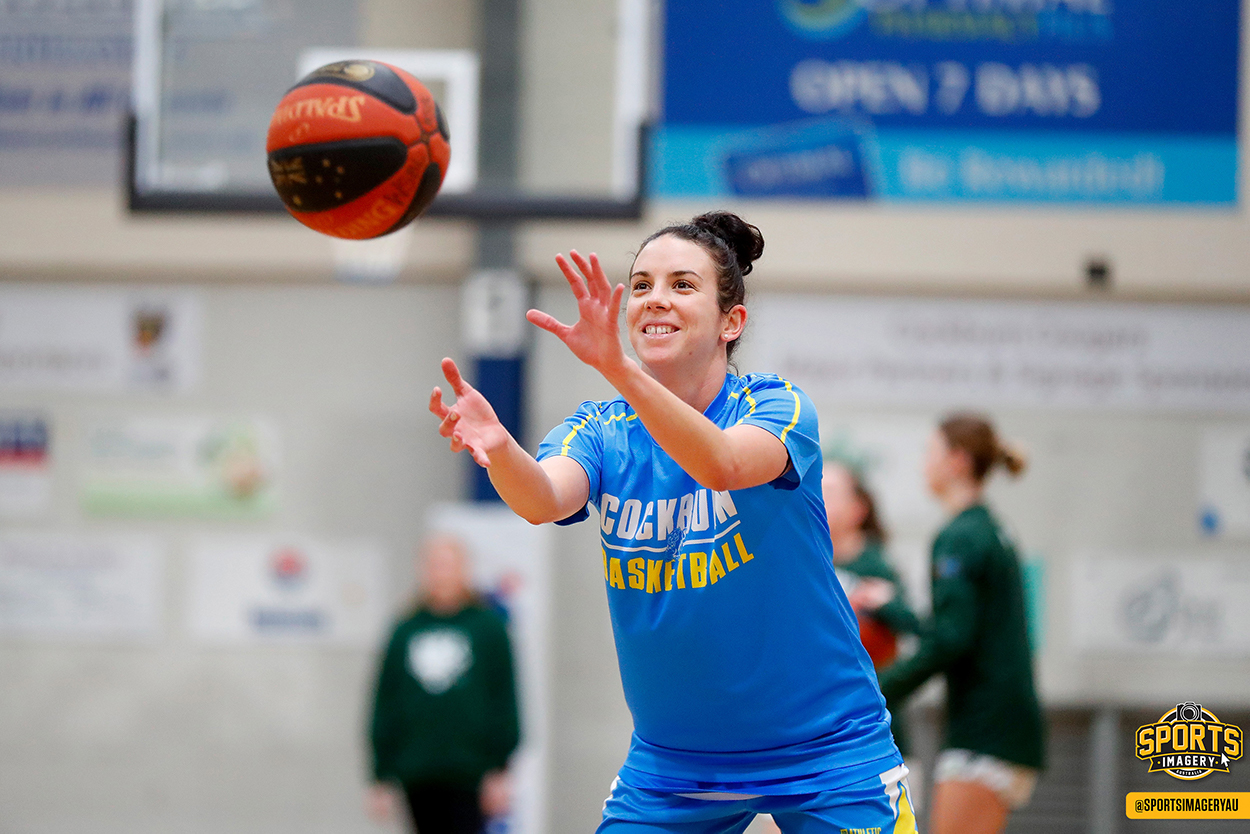 Things to Look out for…

The Cougar ladies have a good mix of promising young players and experienced veterans for the inaugural NBL1 season as they seek to move back into the finals mix. The leadership of Nicole Roberts, Jodee Sontay and Haylee De Sousa will be essential in continuing the development of the promising youth including, Emma Burke, Olivia Bassett-Scarfe, Ruby Benn, Tia Morgan, Kiera Dunhill, Kahlia Morgan and Jessica Hickey. Matilda Muir is a big out, but fresh faces Taylah Simmons, Jessie Edwards and Molly Matthews will look to fill the gap and give the Cougars balance and depth that will propel them upwards.

Which players should Cougars fans be most excited about this season?

We have quite a few new faces on the women’s side, and a number of athletes who get better every week. So that’s a loaded question! Look, we’ve recruited Jessie Edwards from the Perth Lynx and Taylah Simmons from Victoria, they’ve changed our dynamic completely from previous years.

We have a genuine post presence in Jessie (Edwards) who alters shots defensively and commands attention. Tay (Simmons) is fresh out of college and someone we are excited about having in our program. She’s one of our most determined athletes, and her game is modelled off hard work and grit, which is what we love about her. She is an excellent teammate who lifts everybody up with her, it’s going to be fun to watch her get the ball off the glass and run starting this Friday night.

Ruby Benn also returns from college and gives us a very level head at the point guard spot. Tia Morgan gets better every single week, and what she can do for an 18-year-old is incredible – her progression after a really positive West Coast Classic in 2020 will be something for all our junior girls to aspire to.

How is the team shaping up for the inaugural NBL1 season?

We’re ready to go, that’s for sure. We have full buy in from the playing group, and they understand this is a program desperate for success for too long, and there would be nothing better than being a part of Cougar history.

The coaches have absolute belief in every one of our athletes, with our depth the best it’s ever been. Kahlia Morgan, Emma Burke and Olivia Bassett-Scarfe are three young pieces off the bench we are looking forward to seeing in Cougar colours for a long-time to come, and each of them bring something unique to the table. We are a fast, up-tempo group with a commitment to being better every night.

It’s exciting to face such a successful club like Rockingham in round one, which really sets the tone for the rest of our year. Tom Knowles is a very experienced and smart coach, we certainly won’t be taking our start this season for granted. Our group are capable, and we can’t wait to get moving.

What are some big milestones this season for the women’s program?

Nicole Roberts will hit 300 games at about the halfway mark off this season. Which is simply incredible. She will be the first athlete in the women’s program to do so, and given the women’s season historically has been shorter than the men’s, it’s even more of a feat. Nic is the heart and soul of our program, has battled it out in the blue and gold since she was a teenager, and has a huge desire for team success. Very few people are as selfless as her, and as someone I’ve known my whole life, I’m really proud I’ll get to be out there with her to celebrate such a big achievement.

Things to look out for…

The Cougar men will look to build on the positive development of younger players in NBL1, including Noah Stewart, Zach Watkinson, Nathan Pond, Matt Clifford, Kye Chamberlain, Kane Waters, and new additions Daniel Rogers and Josh Hunt. The more experienced heads in Seva Chan, Jake Harris and Jaarod Holmes will provide poise and balance, and of course led by the ever-reliable Gavin Field on offence. The long-term injury to Jakob Knight, and early season loss of Jaarod Holmes leaves a front-court hole to be filled, opening up opportunity to some of the younger players. The addition of former Wildcat Nic Pozoglou is a great pickup and will give the team some quality and athleticism on both ends of the floor

Which players should Cougar fans be most excited about this season?

There are a few players that step up this year and excite our home crowds. The coaching staff are really excited about the group we have assembled, being a good balance of youth and experience.

The obvious one is our Captain, Gavin ‘Bob’ Field. We are so fortunate to have such a loyal and committed captain for our club. Offensively his skill set is of the highest quality and he can blow games wide open, but over the pre-season we have seen a glint in his eye at the defensive end. So, let’s see what happens here.

Our newest addition to the team is our former Perth Wildcat, Nic Pozoglou. Nic has been a highly successful player at NBL1 level in Victoria and we are excited about what he brings to our team both on and off the court. He has slipped seamlessly into our program and we are sure he will do some things fans will enjoy this year.

Warm-ups will be exciting with the addition of Josh Hunt and the progression of Jacob Polglase. Although we think their defense will be even more exciting throughout the year as both look to step up their game and cause problems for opposition players.

Then our two big young guns, Nathan Pond and Dan Rogers, will hopefully create some matchup problems for opposition teams. Pondy has been working hard and continues to learn how good he can be so we are excited by what he can do out of on ball situations, he may even pop out and hit a three. Dan (Rogers) provides a work ethic that sets the tone for our team, his energy at both ends of the floor makes all of us better.

How is the group shaping up for the inaugural NBL1 season?

We have had an extended pre-season, about 18 months, so we are ready to go. Seriously though we have had a core group of players work hard across last year in the West Coast Classic and then this pre-season to try and move this team forward for the future.

We brought in some pieces that the squad lacked from the West Coast Classic season and we are more balanced and have greater depth this year. The young group of players Matt Clifford, Zac Watkinson, and Kye Chamberlain have shown in the practice games they are ready to take the next step this season after last years’ experience.

The old firm of Seva Chan, Jaarod Holmes and Jake Harris have worked their way through some off-season injury concerns, but we know they will hit the ground running for us when they return. So overall we are confident, but we know we must be at our best every night to compete.

What are some big milestones this season for the men’s program?

Seva Chan will hit 200 games this season. As the starting point guard Seva runs our team and we expect so much from him and he delivers. He is such a great guy and a positive role model for our younger players to look up to. This pre-season he has shown an even greater desire to make our team better, so we want to make sure our team supports him leading up this this milestone.