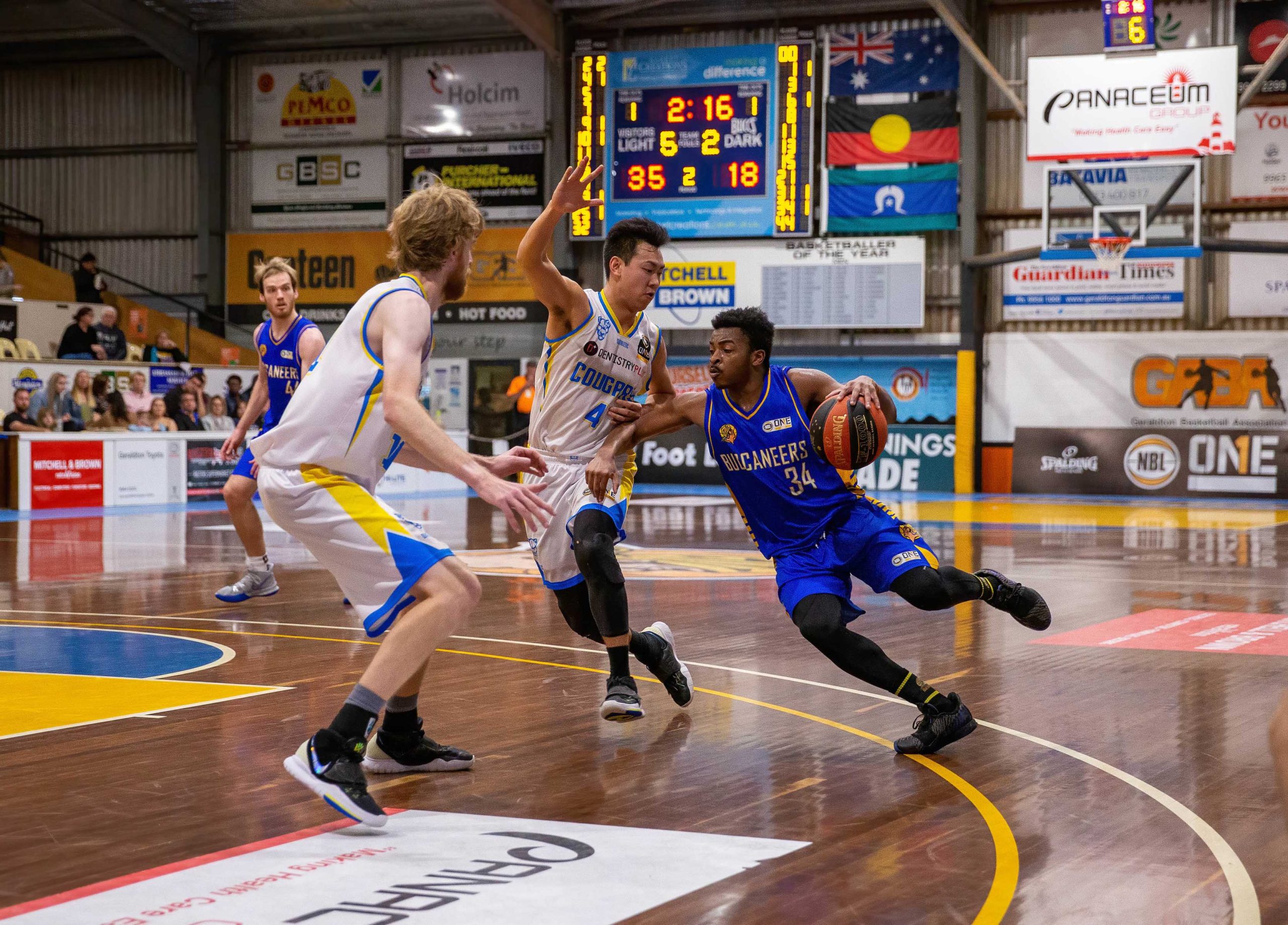 One of the finest players to ever represent the Cockburn Cougars, Gavin Field, remains confident his team will be clicking when it matters in 2022 while paying tribute to long-time teammate Seva Chan after his 250-game milestone.

Field is already a Cougars legend now in his 15th season either playing as part of the SBL, West Coast Classic or NBL1 West team, he’s been part of two championships and knows what it takes to be a successful side in the competition.

He remains confident of what the Cougars are capable of in the 2022 NBL1 West Men’s competition with them having won their opening four matches, now lost the past four to be sitting at 4-4 following the opening seven rounds.

The Cougars went down in Rockingham to a stacked Flames team on Saturday night before now getting ready to host the Perth Redbacks this Saturday night at Wally Hagan Stadium.

Field is having another standout season for Cockburn putting up 17.7 points, 4.3 rebounds and 3.4 assists a game to be playing at a high level just like he has throughout his entire 280-game career.

However, it was time for one of his championship winning teammates to earn the spotlight on Saturday night in Rockingham when point guard Seva Chan reached 250 games in the competition.

Chan made his debut with the Cougars in the SBL back in 2010 and would soon become an important member of the back court including as part of the 2012 championship winning team.

He did spend a season at the Kalamunda Eastern Suns in 2015 and then missed the championship of 2016 while at the Lakeside Lightning, but both before and after he has been with Cockburn and one of the league’s best and most consistent point guards.

Chan reached 250 games in the league against Rockingham on Saturday night, with all but 40 of those coming with Cockburn, and Field couldn’t speak more highly on Chan both on and off the court.

“Other than him being a great player and a great teammate, he’s just a great bloke. We’ve been together aside from those two years when he was at Lakeside since he was 16 really to play together,” Field said.

“He’s got his wedding coming up which I’ll be obviously going to and it’s been a great ride we’ve had together. He is a great player and he has improved so much all the time. The work that he can do now on the defensive end where he can pressure the point guard makes it so much easier on everyone else.

“When he’s up there pressuring he sets the example for everyone going forward and that ramps up our defence. Offensively everyone knows what a crafty player he is and I didn’t actually realise how well he was doing this year with assists until I was looking at the stats because he’s just taking us through our offence.

“It just happens that he’s the one putting the ball in the right spots. He deserves everything he’s got and he just works so hard. He’s one guy that especially before he was working full-time was in the gym every single day working out, getting shots up and doing whatever he had to do to get better. So he deserves all of the credit and accolades that he gets going forward.”

As for the 2022 season so far for the Cougars, it started impressively with the four victories over the East Perth Eagles, Willetton Tigers, South West Slammers and then in overtime on a thrilling Sunday at Wally Hagan Stadium, the Goldfields Giants.

The going has been a little tougher since for Cockburn with losses to the Geraldton Buccaneers in overtime on the road, the Mandurah Magic under Jamie O’Loughlin, the Perth Redbacks, and this past Saturday night, the Rockingham Flames.

Field is taking a realistic approach to the opening eight games and seven rounds.

“We started off the season well and there’s been no issues since then, but we started well and had a few match ups where some teams had some players out,” Field said.

“That always helps you to get your confidence going and our first loss was a bit hard because we had Matt Clifford out and myself with COVID.

“So that took out our back up point guard and myself, and I was actually completely healthy but just happened to test positive. So all I could do was sit at home and stress over this game when I wasn’t there. Then coming back from a road trip especially tough when it’s an overtime loss on the road.

“We came back from that to face a Mandurah team who had just had a new coach come in so everything was really kind of going against us in that way. But I think we have still had a solid start and we’re working on things.”

Blending in new imports Paschal Chukwu and Carter Skaggs remains a work in progress for the Cougars, but the building blocks are there with Chukwu inside, Skaggs’ scoring punch, and the experience and leadership of Field, Chan and when available, Jaarod Holmes.

With Josh Hunt still continuing to find his groove and Nathan Pond, Hayden Bell, Noah Stewart, Keegan Phillips and Matt Clifford all capable of contributing, Field is confident of how things will continue to grow as the 2022 season rolls on.

“The imports are catching up and offensively they’re doing their bit, and then defensively with Paschal being 7’2 he is always going to be able to deter shots at that end,” Field said.

“It’s just getting into the swing of things offensively that has been our goal for the last four or five weeks, and now we’re up to the stage where we need to turn things up as a team. We are tracking alright, we just have to keep pushing and our third quarters have been horrible.

“We have been working on that as a team so we need to figure out what the issue is there, and once we figure that out we should be in a pretty sweet spot moving forward to push up in the back end just like we did at the end of last season.”